Menorah Park in Beachwood commemorated Veterans Day Nov. 11 with a community-wide celebration. Resident veterans were in attendance to be honored and several guests joined to voice their gratitude.

Singer Debbie Darling kicked off the events at Menorah Park and Wiggins Place with performances of patriotic songs and other tunes that were popular during wartime. 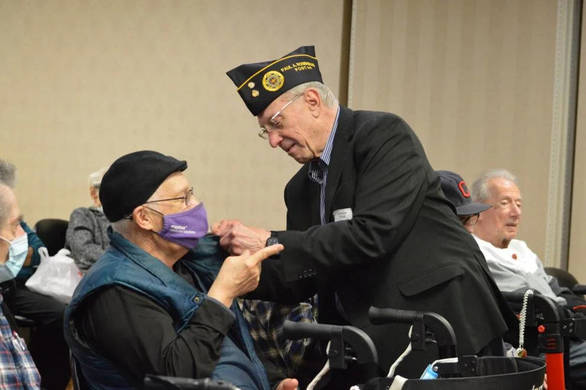 Larry Pollack, right, presents Arthur Grossman with a pin in thanks for his service.

“I’d say more than two-thirds of the composers of ‘The Great American Songbook’ are Jewish,” she told the audience at Wiggins Place.

Rabbi Akiva Feinstein, Menorah Park’s director of spiritual living, commenced each program by leading attendees in prayer and expressing his gratitude for the service of the veterans. 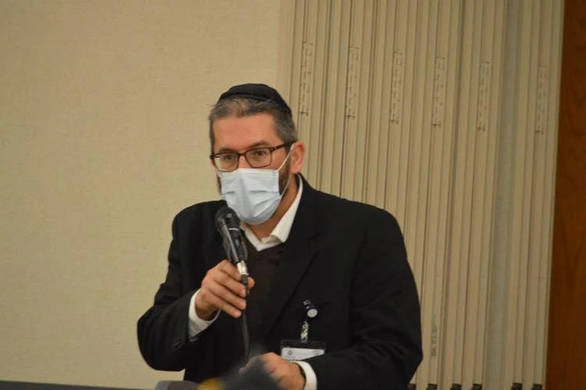 Larry Pollack, commander of Jewish War Veterans Post No. 44, welcomed residents and guests and led them in reciting “The Pledge of Allegiance.” He told the story of Haym Salomon, a Jewish financier from Boston who took his fortune and lent it to the Continental Army. 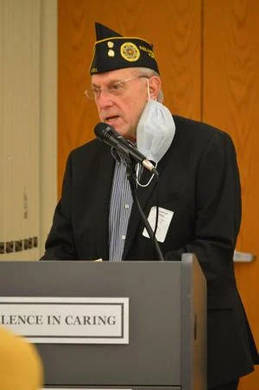 “The sad part of it is, had Haym Salomon not lent General Washington the money, we would have not won the (Revolutionary) war,” Pollack said. “So, he’s an unknown hero.”

Marc Kaufman, member of the Jewish War Veterans Post No. 44, brought with him a bag of sand from Omaha Beach in France, where U.S. troops landed on D-Day on June 6, 1944, to share with his fellow veterans and others in attendance. 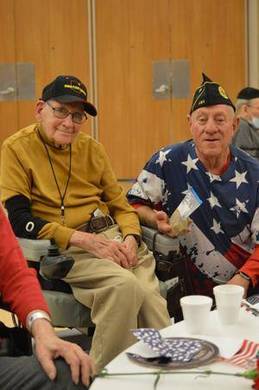 Marc Frisch, left, and Marc Kaufman pose with a bag of sand from Omaha Beach in France.

Menorah Park president and CEO Jim Newbrough, who is a veteran, greeted attendees with a speech expressing his gratitude for his fellow servicemen and their sacrifices.

“On this Veterans Day, let us remember the service of all of our veterans and let us renew our national promise to fulfill our sacred obligations to our veterans and to their families, who have sacrificed so much that all of us could live free,” Newbrough said. 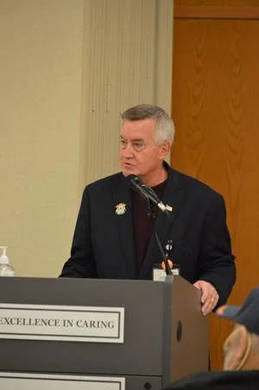 Veterans at each building received tokens or some kind of gratitude from staff members and their fellow residents. At Menorah Park, they were presented with roses and door signs that indicated a veteran lived there. At Wiggins Place, they received a “clap out” as they exited the opening music program and entered their luncheon. At R.H. Myers Apartments, they received roses and lapel pins to show they had served.

At the Wiggins Place luncheon, veterans reminisced about their time spent on duty.

Lenny Schneider, a U.S. Army veteran, told a story of his time in basic training. On Yom Kippur, five Jews in the company wanted to go into town to attend services. Schneider was selected to approach the captain, to whom he said, “Captain, there’s five of us and (it’s) the most holy day of the year and we want to go to service to observe it.” After some convincing, the captain agreed to have a truck driver pick up the men and take them to the temple.

“We sat through services and he drove us back and it was the middle of the night and we went into our barracks,” Schneider said. “About 4 o’clock in the morning, the sergeant came in and woke us up. He says, ‘Fall out with your bayonets, you’re cutting grass today.’ We had to cut a field of grass with our bayonets for the whole Saturday after Yom Kippur and that’s the way we paid for it.” 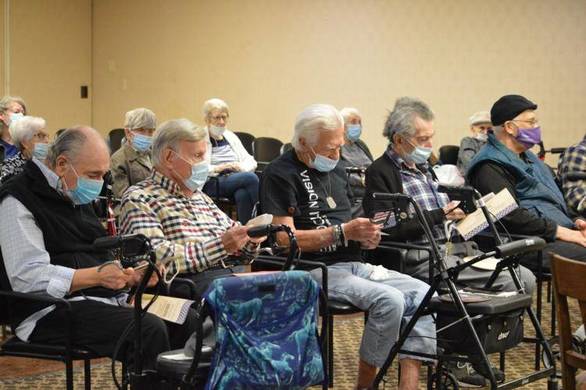 Archie Leizman, one of three brothers who served in the military, remembered his mother displaying a symbol of pride for her sons’ service.

“I recall my mother having a placard with a star on it and putting it in the window, showing the neighbors how proud she was of having children serving in the war efforts,” Leizman said. “I wonder if anyone else remembers having stars in the window.”

Many of the veterans in the room confirmed their recollections of the star displays.

Sanford Kutash, a U.S. Navy veteran, recalled meeting another man in his company. He told the man he was Jewish and the two began a conversation in which Kutash educated him on some stereotypes about Judaism.

“We became friends that year and (were) for a while,” Kutash said. “Then we got separated and sent to different places.” 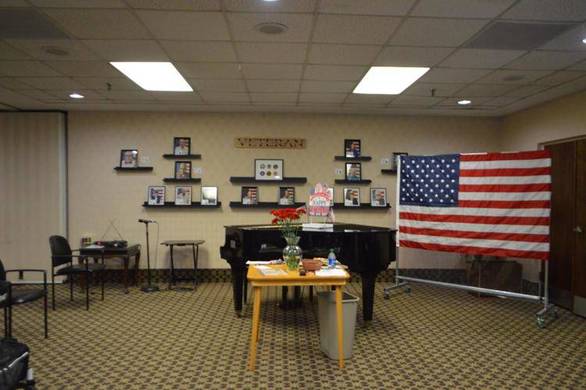 Newbrough told the Cleveland Jewish News that the celebration marked a very special day for the Menorah Park community. He said it was a chance to live out the community’s mission of honoring their mothers and fathers, and those who have served to allow Americans to live free in this country. 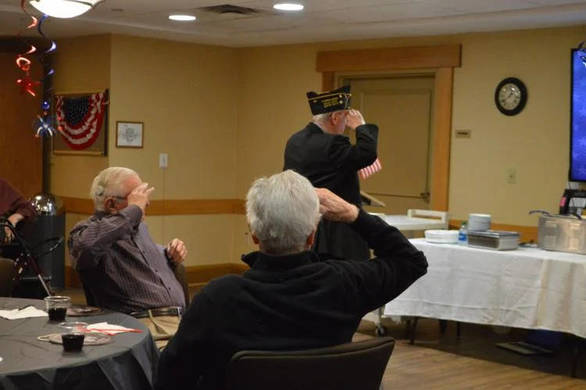 “They’ve sacrificed, they’ve given their lives in some cases, and these are those folks that remain, that came back, so it’s a chance to honor our veterans, to thank them for their service, to recognize them and hopefully it’s a special day for them, but we really try to do that every day of the year because they do deserve our respect and our thanks and our gratitude,” he said.