BEACHWOOD, Ohio -- Memories can fade, but often the music inside lingers on.

That has been the experience of staff members at Helen’s Place at Menorah Park in Beachwood, a residence for those experiencing memory loss and dementia. 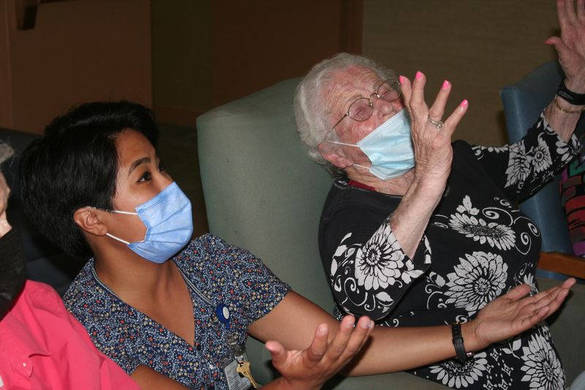 Maria Vinas, the lead life enrichment coordinator and music therapist at Stone Garden, which includes Helen’s Place, has seen long-buried recollections come to the surface when a song is played.

One resident, a Holocaust survivor, began to cry when he heard a particular song. He said it was a melody his mother had sung to him, Vinas said.

“The minute they hear a song, they’re back in the moment,” Vinas said.

Twelve students from Northeast Ohio high schools -- 10 finalists and two alternates -- have been selected to perform out of around 150 who auditioned, representing 73 schools in nine counties. The students are competing for college scholarships and a prize for their high school’s music program.

Judges will select four finalists. Audience members will then vote on the final prizes awarded, including the top award of a $10,000 scholarship. 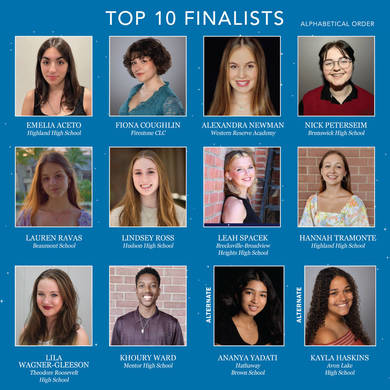 The students will be joined by jazz singer and guest judge Antonia Bennett, daughter of legendary singer Tony Bennett. Tony Bennett recently retired from performing at 96 because of the affects of Alzheimer’s disease.

“It’s such a good cause,” Antonia Bennett said of the event, speaking from her West Coast home. “I love to give back.”

She said was also was attracted by the inter-generational aspect, being able to encourage young people and show respect for older residents.

Trying to reach the inner core of the person experiencing memory loss is the key to Helen’s Place’s trademarked “Social Life Template” approach, according to Nancy Sutula, vice president for residential services.

“There’s still a person in there,” Sutula said of their charges. “The clamshell opens up, and you see the pearl.”

Vinas uses whatever activities, from karaoke to brushing teeth, to employ music’s power.

“We’re homing in on their internal rhythms,” she said.

Tony Bennett and his family witnessed how deeply embedded music can be in a person’s psyche. The singer was diagnosed with Alzheimer’s in 2016, but was able to continue to perform even as his other cognitive abilities deteriorated.

He retired in 2021, but music continues to be part of his daily routine at his New York City home.

For example, Beth Silver, Menorah Park’s director of public relations and marketing, said residents were involved in planting a rose garden. One resident, with a leadership background in the military, took charge and rallied the troops. Another, who had worked as a secretary, did the paperwork.

Using music and rhythm is “such a great marriage,” Silver agreed.

Calista Zajac, a senior at Magnificat High School in Rocky River and last year’s Shining Star CLE winner, said she didn’t know anything about memory care when she first became involved as a freshman.

“I never had a purpose for singing. I didn’t know how important it was,” she said, until she performed for residents at Menorah Park.

Calista brought a lot of joy to residents, Sutula said. “It fulfilled them, and it fulfilled her.”

The relationship with a person with dementia will change, “but that’s not necessarily a bad thing,” Sutula said. “You’re entering into a new relationship, and you can move along on the journey with that person.”

Menorah Park and its residents benefit from support from its staff, family members and the larger community, Silver said.

“We have a big, extended family here, and we all come together to do what’s right,” Silver said. 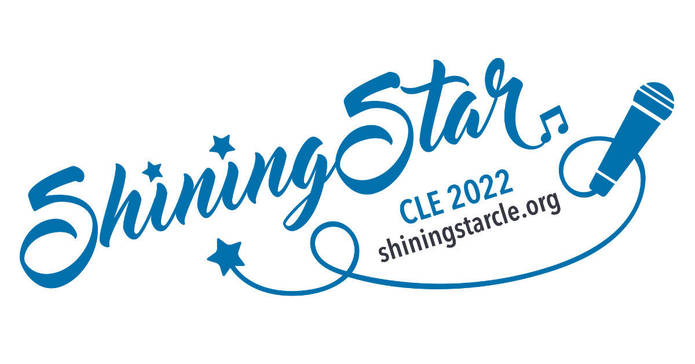 Shining Star CLE tickets may be purchased directly through Playhouse Square at www.playhousesquare.org/events/detail/shining-star-cle-2022.

For information, visit www.shiningstarcle.org or contact Jane Furth of the Menorah Park Foundation, at 216-839-6688 or jfurth@menorahpark.org.

Antonia Bennett’s lifelong involvement with music -- she performed frequently with her father -- and the family’s experience with dementia made her a great choice for participating.

Robins, vocalist for the Whiskey Kings and the Ninja Cowboys, is recovering from her own bout with brain surgery.

Robins “is one of the most incredible human beings in the world,” Silver said.

Continuing financial support for dementia research and assistance to patients and caregivers is increasingly important as people live longer with the illness, Sutula pointed out.

According to the Alzheimer’s Association, 5.4 million people are living with the disease, and many more are expected to be affected as the Baby Boomers age.