Menorah Park recognizes Block, Kaplan as volunteers of the year

Menorah Park honored Jerry Block and Meryl Kaplan at a volunteer awards ceremony July 13. “This was a meaningful opportunity to show our gratitude to an amazing group of people that freely give of their time,” Menorah Park President and CEO Jim Newbrough said in a news release. “They bring such passion, talents and caring to our communities, enhancing each day for residents, clients and staff.” 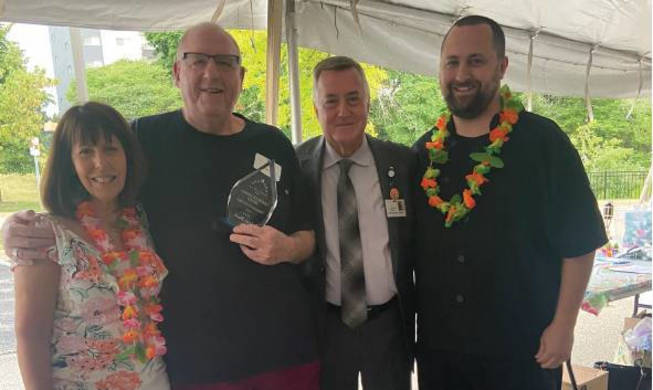 Block, who has volunteered at Menorah Park for seven years, received the Gertrude Himmel Volunteer of the Year Award. He has volunteered at the employee cafeteria as a cashier and now assists in Pearl’s Place, doing everything from cashiering to stocking the snack shops and cleaning tables, the release said.

“You don’t have to ask too often because he sees something that needs to be done, he just does it,” Vicki Snyder, Menorah Park director of volunteers, said in the release. “He’s simply that dedicated.” 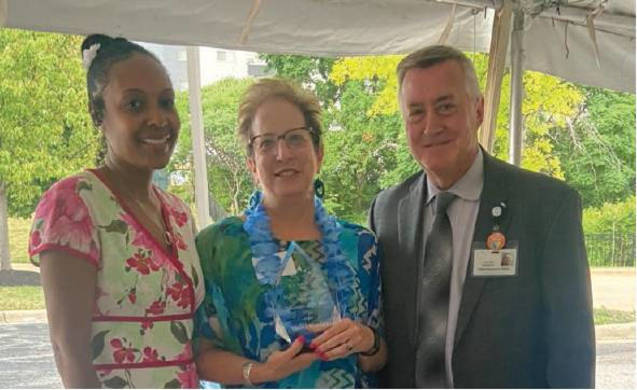 Kaplan received the Klein Bernstein Volunteer of the Year Award. She began volunteering after retiring, continuing the tradition of her mother. Kaplan is an active volunteer at Montefiore, helping with bingo and afternoon services, the release said.

“At a time when many were unable to volunteer during the pandemic, she bravely came back and assisted the enrichment department with transporting residents and is now a beloved addition to the emotional wellbeing of those that she wheels into (the) beauty shop each week,” Jamie White, Montefiore volunteer coordinator, said in the release. 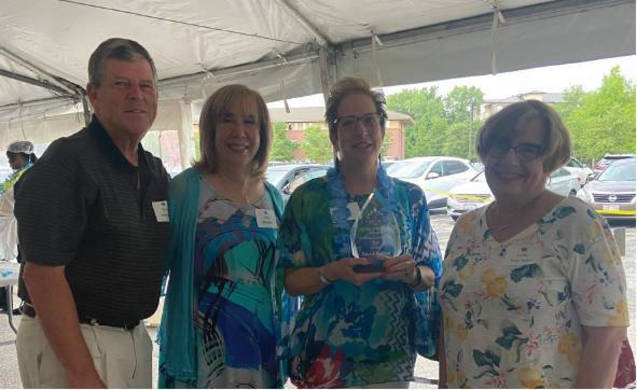 The ceremony took place on the birthday of the late Millie Klein, who inspired the Klein Bernstein Award. Daughters Judy Willensky and Leslie Klein Rosen attended to share fond memories of their mother.

Snyder ended the event by thanking volunteers for their compassion, allowing residents, staff and their family members to enjoy time in Menorah Park’s communities. 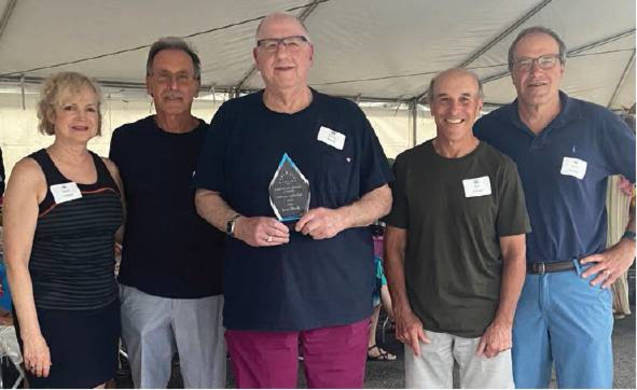 Jerry Block, center, surrounded by the Himmel family, the sponsor of the award he received.

“You are Menorah Park’s ambassadors and Menorah Park would not be able to function as well as it does without your help,” Snyder said. “None of you ask for anything in return, so today I hope you enjoy your party because you deserve it.”

"Much of what you see happening at Menorah Park would not be possible without donor support.  Charlotte’s Tai Chi class at the R.H. Myers Apartments wouldn’t happen.  Andrew would be in his room without his specialized power wheelchair.  Rita would have to be in the nursing home without the activities..."