Menorah Park and Montefiore are now one integrated foundation and will continue to honor the rich philanthropic legacy of all of our past benefactors.

All in the Family 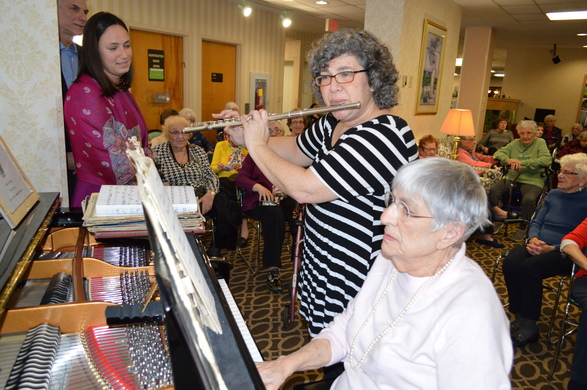 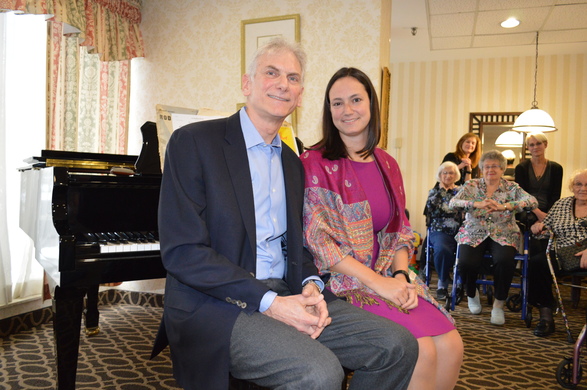 All in the Family

Do you remember the opening scene of the sitcom “All in the Family”?I t began with Archie and Edith belting out a nostalgic “Those Were the Days” as only they could; side byside, voices rising to the melody Edith created as her fingers moved along the keys of the old family piano. It drew us into their world, giving us a platform to find a deeper understanding of the explosivedynamics of the era in which we lived. The song saidit all, and many of us remember the tune and wordsto this day. That’s the power of music. It sparks emotions, nostalgia, and joy. It pulls people together,allows them to raise their voices together, sharinga message of warmth, happiness, or excitement through a song.

Tenants at R.H. Myers Apartments always enjoyedthe same sharing, as they gathered around their community piano, until one day the music was no longer the same. By late 2017, the well-loved babygrand piano could no longer be tuned.

The well-loved piano had belonged to Board member Marc Alan Silverstein Marc and daughter Sydneyand his family, and was an integral partof their beautiful past so full of fond family memories. The 100-year-oldpiano was a focal point and a gathering spot for generations. They would circlearound the baby grand to sing showtunes and other favorites; first well played by his maternal grandmotherat her home, and next by his mother. Eventually, the cherished memoryfilled heirloom was welcomed into Marc’s living room, and was movedfrom Baltimore to Washington D.C. to Cleveland.

It was when Marc moved into anapartment with little room for such amagnificent instrument, that keepingthe piano became a challenge. Whenhe approached the subject of getting rid of it with his daughter Sydney, who was11 at the time (2002), she became very upset; there were too many memories– how could someone else love and appreciate its rich history?

A few years later in 2005, Marc becameinvolved at Menorah Park and joined the R.H. Myers Committee. He grew to know the essence of the community – its warmth and camaraderie. Eachtime he came for meetings, he witnessed what hehad hoped for; tenants gathered around the pianoenjoying every note and every memory-evoking song.

Marc and his family came tothe rescue again, and the sound of silence did no tlast long. They saw the need for a new piano postedon the R.H. Myers Wish List, and Marc responded. Although he never played piano he had a very specialpiano in mind that he knew would be perfect to replace the other one.

When R.H. Myers Administrator Megan Cisler shareddetails of the piano being considered to replacethe 100-year-old piano, he knew it was b’shert(meant to be). The series name of the baby grandwas “Baltimore,” his original home town, wherethe melodic story began. And, now we have a new beginning with many family stories ahead of us. During its dedication, tenants gathered like familyto listen and sing, relaxing with refreshments, spending time with friends, and letting thenostalgia once again make them smile as theyenjoy the new notes of an old tradition, allspringing from the act of kindness from onevery special family to another. These are, indeed, the days.

R.H. Myers tenant Lenore Bletcher (not pictured) warmed up the keys, and played for the crowdjust after the formal programming, leading in acommunity favorite, “Let Me Call You Sweetheart.” Guests then happily listened to Wiggins Placetenant Marcia Ungar tickling the ivories accompanied by her daughter Edie Ungar-Shafranon flute, with Sydney singing along.